Finally able to sort out the invoices and contracts, the veterans are getting repaid 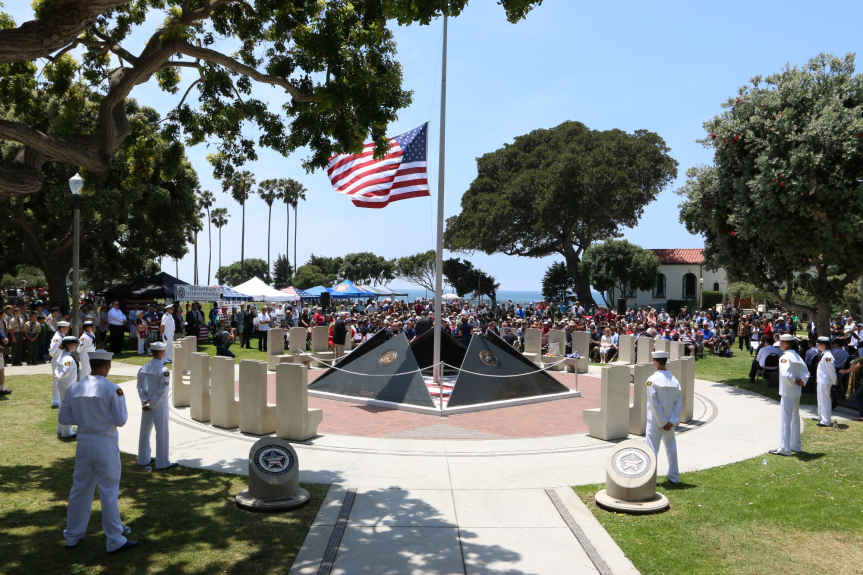 It only took nine years for three veterans who forwarded a combined $40,000 to finish Redondo Beach’s veterans memorial back in 2010 to be reimbursed by the city this month.

Along with the repayment, the city also officially concluded the Veterans Memorial project — even though it has been in existence at Veterans Park for the past decade and plays host to the city’s Memorial Day and Veterans Day ceremonies each year.

The resolution, which came Tuesday, June 18, as the city passed its annual budget, brings to an end a complicated saga, the result of a tangle of invoices and unorganized paperwork, that has left three members of the Veterans Memorial Task Force out $40,000.

“The major difficulty of getting all this taken care of was the lack of administrative understanding of what was paid and what was not paid,” said Peter Dabbieri, retired captain in the U.S. Navy.

Most of the accounting fell on Debbieri, who said he labored for three months over invoices and statements that filled three boxes of material. Together with Parks and Recreation Director John LaRock, the pair was able to sort it out.

“Until we did the full audit, the city did not feel comfortable to say what bills could be paid or not,” Debbieri said.

It all started in 2003, when Ernie O’Dell, a former city treasurer, proposed the idea of a new Redondo Beach veterans memorial. In 2004, the city put in $20,000 as seed money, but the idea languished until 2008 when a six-member Veterans Memorial Task Force was formed along with a donation fund managed by the city.

“It’s something we did for veterans because we care about having a nice thing in our community that will last forever,” said O’Dell, one of the original members. “It’s to honor our fallen and the millions who have served.  What better way than to have something that shines?”

The goal of the task force in 2008 was to raise an estimated $250,000 for the project, mainly through contributions and selling memorial bricks, which they succeeded in accomplishing and then some. The city appropriated an additional $50,000 at that time. But due to some unforeseen changes and enhancements, such as $80,000 in lighting, the memorial eventually ended up costing nearly $400,000.

“It was just one long list of added to-dos, and we had to pay for it,” O’Dell said. “Then we would raise the money and the city wouldn’t release it to pay the bills. It was not a very friendly public-private partnership.”

In order to get the contractor paid and the memorial project finished in time for Veterans Day in 2010, task force members including O’Dell, Herb Masi and Debbieri paid contractor Dallas Covington directly a combined $40,000. Covington, also a veteran and member of the task force, forgave $20,000 in bills and architect Dieter Thomas also made in-kind contributions.

The task force members said they paid the contractor directly because city officials at the time were creating a delay in fulfilling invoices and they needed the project to be completed. But in many ways this complicated matters because the city was supposed to pay the contractor, not members of the task force.

Over the years, the task force members made three appeals to City Council to get repaid. All but the last appeal in 2016 was rebuffed. The task force found sympathetic ears this year from Councilman John Gran and Mayor Bill Brand.

“We finally got some people at the council to realize this was something we did for the city and we should be repaid,” O’Dell said.

Mayor Bill Brand, during discussion at the City Council meeting Tuesday, June 18, said the issue was an embarrassment.

“They put on such a wonderful event twice a year. They work so hard for so many years,” Brand said. “The fact we are still left over with a balance of $40,000 due really needs to be closed out.”

Gran said he started hearing about ongoing issues with the veterans memorial ever since he first began running for City Council in 2016. Gran was elected in March 2017.

“Since I got onto the City Council I’ve been working with the task force and the city to find the outstanding invoices,” Gran said. “It was an accounting issue. Some of the invoices were misplaced and not filed. It just kind of ground to a standstill.”

Now that the project is officially completed, the city will take on maintenance duties and administering the sale of memorial bricks, something else the task force has been doing for the past nine years. The Elks Club, in turn, has agreed to help keep the memorial clean along with local veterans, Boy Scouts and student groups.

“We are counting on the task force to find the next generation of veterans who will step up,” Gran said.

Redondo Beach – State of the City 2019 Say NO to Recall. Say NO to Divisive Politics.