You’ve seen my posts on Nextdoor.com what I’ve been saying online and at the doors.

The attached mailers and Zein’s Nextdoor post (see below) are how they kicked off the recall campaign.

Shame on the RB Fire Union! This is NOT how we do business in Redondo Beach.

Yes, the RB Fire Union is a Special Interest Group and Political Action Committee – which means they can spend money for Candidates and Causes to help their Union’s Political Needs.

So, This is their Chose Candidate – Zein Obagi, jr. – and what the RB Fire Union sent to all District 4 Residents, including me!

Zein just moved into District 4 in December 2018 – and he’s got political aspirations! Is this how the RB Fire Union needs to act?

How much has the RB Fire Union spent in $$, time and resources to put Zein in a Recall Campaign?

Do you think Zein is NOT going to do exactly as the RB Fire Union demands? 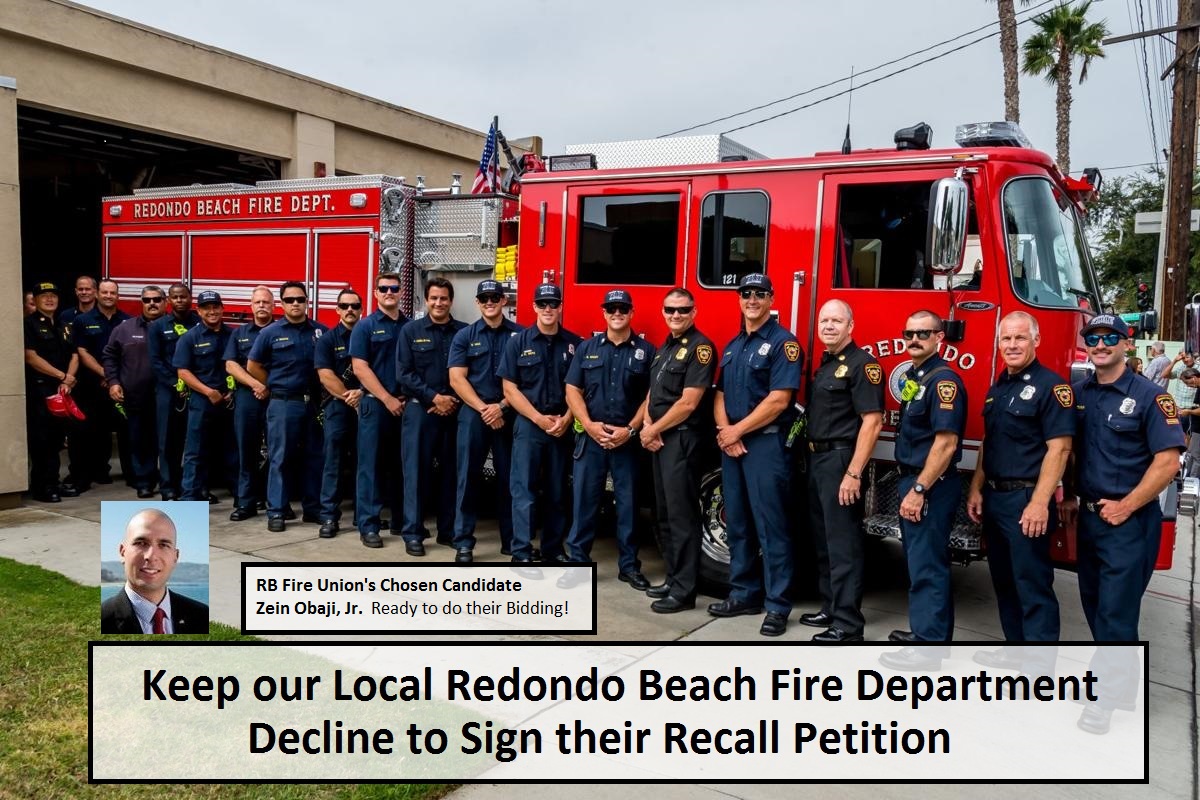 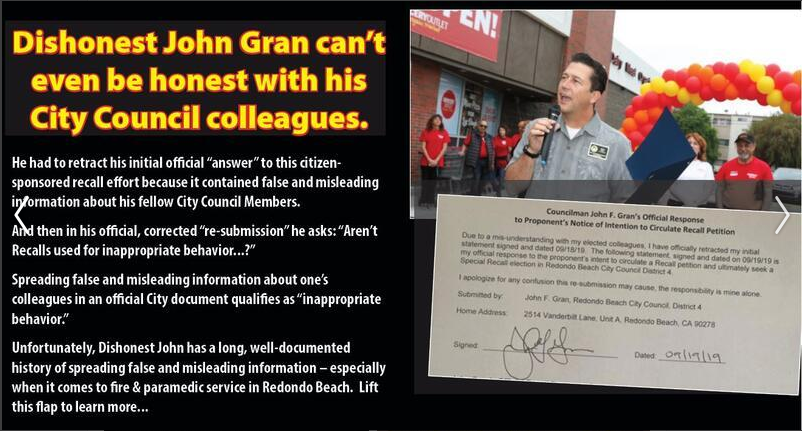 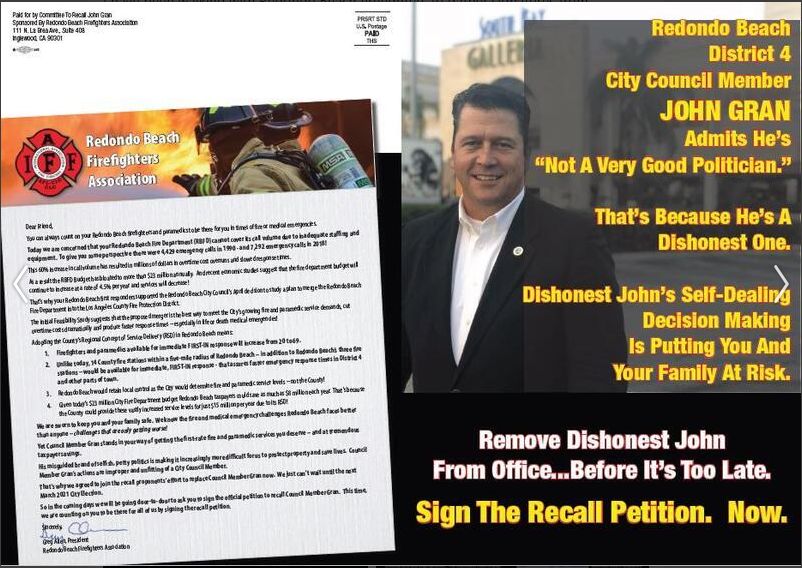 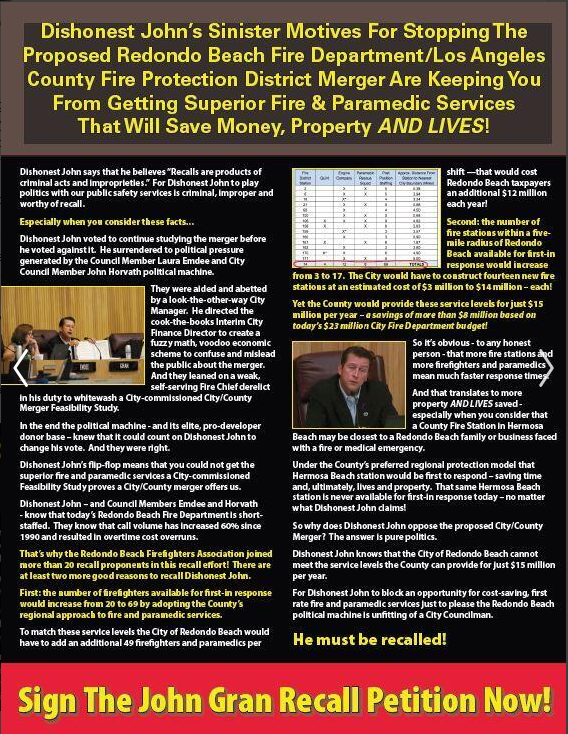 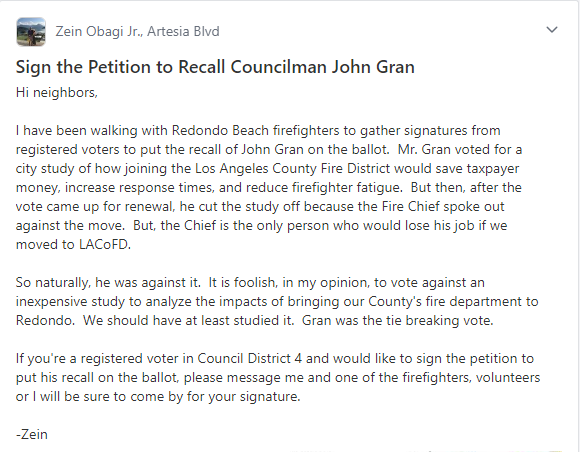